Last week I was invited to Hillsboro to speak at the Intel's internal conference on security. My presentation title was "A Quest To The Core: Thoughts on present and future attacks on system core technologies", and my goal was to somehow make a quick summary of the recent research our team has done over the last 12 months or so, and explain why we're so keen on hacking the low-level system components, while all the rest of the world is excited about browser and flash player bugs.

The slides (converted to PDF) can be found here. As you will see, I decided to remove most of the slides from the "Future" chapter. One reason for that was that we didn't want to hint Loic our competition as to some of our new toys we're working on;) The other reason was that, I think, the value of presenting only thoughts about attacks, i.e. unproven thoughts, or, should I even say, feelings about future attacks, has little research value, and while I can understand such information being important to Intel, I don't see how others could benefit from them.

I must say it was nice and interesting to meet in person with various Intel architects, i.e. the people that actually design and create our basic "universe" we all operate in. You can always change the OS (or even write your own!), but still you must stick to the rules, or "laws", of the platform (unless you can break them ;) 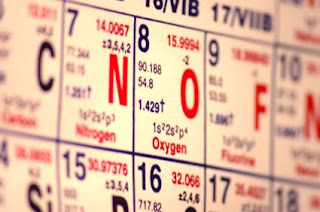 About Apple’s Security Foundations, Or Lack Of Thereof...

Every once in a while it’s healthy to reinstall your system... I know, I know, it’s almost a heresy to say that, but that’s reality in the world where our systems are totally unverifiable. In fact I don’t even attempt to verify if my Mac laptop has been compromised in any way (most system files are not signed anyway). But sometimes, you got this feeling that something might be wrong and you decide to reinstall to start your (digital) life all over again :)

So, every time I (re)install a Mac-based system, I end up cursing horribly at Apple’s architects. Why? Because in the Apple World they seem to totally ignore the concept of files integrity, to such extent that it’s virtually impossible to get any assurance that the programs I install are in any way authentic (i.e. not tampered by some 3rd party, e.g. by somebody controlling my Internet connection).

Take any Apple installer package, e.g. Thunderbird. In most cases an installer package on Mac is a .dmg file, that represents an installation disk image. Now, when you open such a file under Mac, the OS will never display any information about if this file is somehow signed (e.g. by who) or not. In fact, I’m pretty sure it’s never signed. What you end up with, is a .dmg file that you just downloaded over plaintext HTTP and you have absolutely no way of verifying if it is the original file the vendor really published. And you’re just about to grant admin privileges to the installer program that is inside this file -- after all it’s an installer, so must got root privileges, right (well, not quite maybe)? Beautiful...

Interestingly, this very same Thunderbird installer, but for Windows, is correctly signed, and Windows, correctly, displays that information (together with the ability to examine the certificate) and allows the user to make a choice of whether to allow it to run or not. 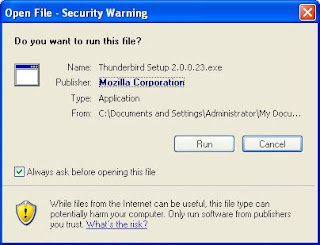 Sure, the certificate doesn’t guarantee that Mozilla didn’t put a nasty backdoor in there, nor that the file was not compromised due to Mozilla’s internal server compromise. Or that the certificate (the private key) wasn’t somehow stolen from Mozilla, or that the issuing authority didn’t make a mistake and maybe issued this certificate to some random guy, who just happened to be named Mozilla.

But the certificate provides liability. If it indeed turns out that this very Thunderbird installer was somehow malicious, I could take this signed file to the court and sue either Mozilla, or the certification authority for all the damages it might have done to me. Without the certificate I cannot do that, because I (and nobody) cannot know if the file was tampered while being downloaded (e.g. malicious ISP) or maybe because my system was already compromised.

But in case of Apple, we have no such choice -- we need to take the risk every time we download a program from the Internet. We must bet the security of our whole system, that at this very moment nobody is tampering with out (unsecured) HTTP connection, and also that nobody compromised the vendor’s Web Server, and, of course, we hope that the vendor didn’t put any malicious code into its product (as we could not sue them for it).

So that sucks. That sucks terribly! Without ability to check the integrity of programs we want to install, we cannot build any solid foundations. It’s funny how people divagate whether Apple implemented ASLR correctly in Snow Leopard, or not? Or whether NX is bypassable. It’s meaningless to dive into such advanced topics, if we cannot even assure that at the day 0 our system is clean. We need to start building our systems from the ground up, and not starting from the roof! Ability to assure the software we install is not tampered seems like a reasonable very first step. (Sure it could be compromised 5 minutes later, and to protect against this we should have other mechanisms, like e.g. mentioned above ASLR and NX).

And Apple should not blame the vendors for such a situation (“Vendors would never pay $300 for a certificate”, blah, blah), as it is just enough to have a look at the Windows versions of the same products, and that most of them do have signed installers (gee, even open-source TrueCrypt, has a signed installer for Windows!).

One should say that a few vendors, seeing this problem on Mac, do publish PGP signatures for their installation files. This includes e.g. PGP Desktop for Mac, KeePassX, TrueCrypt for Mac, and a few others. But these are just exceptions and I wonder how many users will be disciplined (and savvy) enough to correctly verify those PGP signatures (in general it requires you to download the vendor keys many months before, keep it in your ring, to minimize possibility that somebody alters both the installer files and the keys you download). Some other vendors offer pseudo-integrity by displaying MD5/SHA1 sums on their websites. That would make some sense only if the website on which the hashes are displayed was itself SSL-protected (still the file signature is a better option), as otherwise we can be sure that the attacker that is tampering with the installer file, will also take care about adjusting the hash on the website... But of course this never is the case -- have a look e.g. at the VMWare download page for the Mac Fusion (one need to register first). Very smart, VMWare! (Needles to say, the VMWare Workstation installer for Windows is properly signed).

BTW, anybody checked if the Apple updates are digitally signed somehow?

All I wrote here in this post is just trivial. It should be just obvious for every decently educated software engineer. Believe me it’s really is much more fun for me to write about things like new attacks on chipsets or virtualization. But I have this little hope that maybe somebody at Apple will read this little post and fix their OS. Because I really like Apple products for their aesthetics...
Posted by Joanna Rutkowska at Wednesday, September 02, 2009 23 comments:
Labels: fighting for a better world, general
Newer Posts Older Posts Home
Subscribe to: Posts (Atom)